8 Pitfalls of Social Selling via Live Streaming in China

8 Pitfalls of Social Selling via Live Streaming in China

A good portion of social selling energy is now focused on live streaming in China. Brands are lining up to collaborate with top live streamers like Viya (Huang Wei) and Austin Li Jiaqi. Those endorsements come with a heavy price tag, so are these expensive campaigns worth it? The informed marketer can help themselves make that decision by being clear-eyed about the potential pain points of social selling via live streaming in China.

Is it worth the money?

Common wisdom says that paying to work with a live streamer who will review your product, use it in a demo or actively sell it on their show is just the cost of live commerce in China. There’s some truth in that, but brands should proceed with caution. For a start, top live streamers charge thousands of dollars for just a few minutes of exposure. They’ll also demand that brands offer significant discounts on the featured products. Then on top fees and discounts, there is still sales commissions.

PARKLU’s CMO, Elijah Whaley says many brands can struggle to break even—and many will end up disappointed. “They [live streamers] don’t give you any guarantee of sales, they give you a projection,” he explains. In one campaign he worked on, Whaley said a brand was given a proposal of $20,000 USD base fee and 30% commissions for a five-minute slot on a top live streamer’s show. The live streamers team also required that the product be discounted by 75 per cent. The brand was told the sales projection was “anywhere from 8000 units to 20,000 units,” Whaley said. “The problem was, for the brand to break-even the live streamer would have to sell 17,000 units. So, the only way to ever reasonably see positive ROI would be to retain a high percentage of the customers that purchased the product. The risk is that the 75% discount price would create value perception dissonance in the eyes of these new customers.”

“You’re paying for five minutes of airtime in a show that lasts hours, and you’re paying $20,000 upfront,” Whaley said. If the campaign doesn’t stick its landing, the brand could end up significantly out of pocket with very little upside. Brands should weigh up these risks, considering where the break-even point falls within the projected sales figures, and consider the damage a failed campaign could do to the brand.

Discounts can undermine the brand

Live-streamers will dictate that brands offer extremely steep discounts on their products. That’s fine for the KOL and great for the viewers, but brands can undermine their own pricing strategy and perceived value by compromising too much on discounts. Misguided targeting can compound this effect and lead brands to draw the wrong conclusions from an apparently successful campaign. For example, a brand works with a KOL on a heavily discounted live-streamed sale. The item sells out in minutes, and everybody goes home happy, right?

Not necessarily. The brand may bask in the short-term illusion of having secured access to a new audience, but do these apparent new fans become repeat customers? Whaley said in the case of the campaign he described, the relatively high break-even point left the brand relying on a high retention rate for the campaign to bring in net profit. “The fewer units we sold the more important retention would become,” he said. “But the steeply discounted products will likely damage repeat purchase rates.”

Agreeing to discounts can seem like it comes with the social selling territory when working with live-streamers. However, the unintended consequence can be that the discount sets a price point in the minds of the live-streaming audience. “You have essentially damaged the brand by saying that it’s possible to buy it at this price,” Whaley said.

The other risk with discounting products for sales while doing live streaming in China is that they could be snapped up and resold at a profit. While the brand struggles to recoup its investment in the campaign, somebody is making a fast buck on the back of the brand’s discount. This happens, and Whaley believes that in some cases, live streamers themselves may even be directing the resale operations. “I think it’s probably part of the dark arts of what goes on in this business. I mean, Xueli was caught redhanded during a live stream last year discussing the details of inflating sales numbers with a crew member,” he said. “I wouldn’t be surprised if it’s somehow in collaboration with the liver streamers’ business itself and that they run some sort of Tmall or Taobao store on the side that resells the products for a slightly increased price.”

Whaley said some brands have gotten savvy about this risk. The key is to create limited-edition offerings for live stream sales. “What they’re doing when they do these collaborations, especially the bigger premium brands, is they’re making a brand new SKU for the live stream,” Whaley said. “Some sort of special Chinese New Year collection or a package deal, something that doesn’t damage the price point of hero products. That mitigates the risk that you’re going to have some sort of mass buying situation where someone’s just going to go out and resell it.” Hero products are the core of a brand’s profitability: don’t sacrifice them for the sake of a live stream campaign. 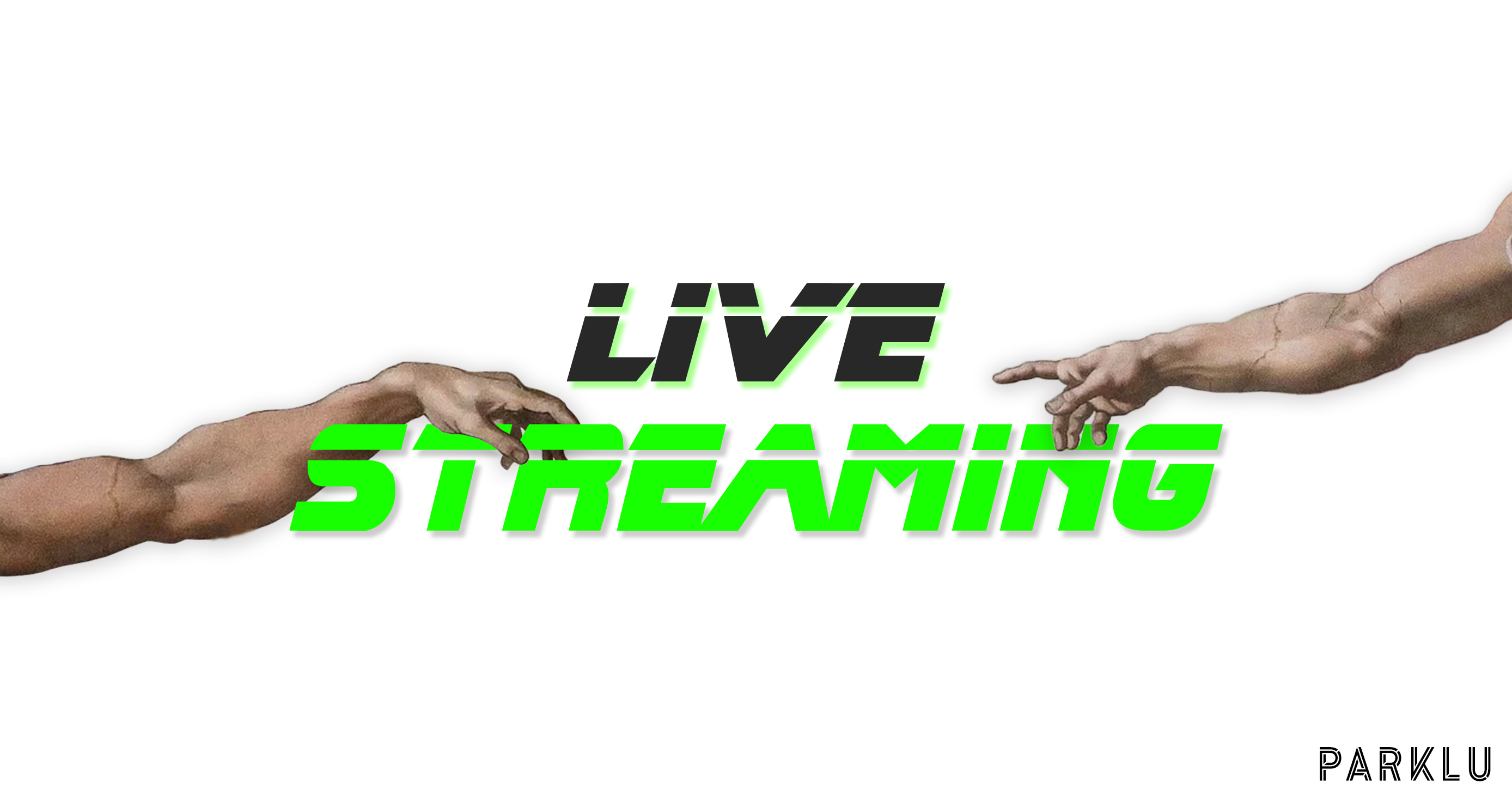 Is the audience right for the brand?

It’s tempting to get excited by a live streamer’s astronomical follower numbers or viewing figures. But an important consideration is who those thousands or millions of viewers are. Does their profile align with the brand’s target customer? If not, think twice.

In some cases, Whaley says the audience might only be tuning in to snap up heavily discounted bargains. For brands who aim to build loyalty around higher-priced products and whose target customer is not price-sensitive, there’s little point expending energy and offering deep price cuts in a bid to woo live-stream audiences who are only there for the discounts. “Live stream retailtainment is China’s ‘Ready Player One’ social selling equivalent of hanging out at the mall,” Whaley said. “What percentage of people that hang out at the mall go to luxury stores or buy premium products? Not many.” The solution for brands is to do due diligence on the audience of the live streamers they’re considering working with—try to establish what drives audiences to their content.

There’s a lot of lore surrounding social selling and live streaming in China. Impressive tales of influencers selling out thousands of products in record time may wow marketers at a conference, but the average consumer hear about these campaigns nor do they care. Live-stream content is ephemeral by definition. While the occasional moment might be memorable or entertaining enough to go truly viral, the vast majority of live stream content will only be seen by the people who were watching live. “People don’t watch old live streams, and in most cases if you did watch an old live stream, you can’t even buy the discount products,” Whaley said. “You’re not going to be able to buy them for the discount because it’s always time-sensitive, so it wouldn’t matter anyway.”

Brands should also be wary of their campaign getting lost in the ocean of live-stream content that’s out there. This is more of a concern for brands who are considering collaborations with live streamers who fall short of the top bracket of influencers in their category. There is so much social selling content out there, distributed across an array of platforms—and much of it lacks distinction. According to the 2019 Q3 China Online Live Streaming Market Research Report from iiMedia Research, the audience for live-streamed content has grown to over 500 million, but growth in the market is slowing down. Of course, this is still a huge audience, but brands should consider whether live streaming content itself—and what type of live-streamed content—is the best outlet for them to achieve their campaign goals.

With over 500 million viewers, brands might think that’s plenty of audience share to divide up across the thousands of live streamers active across platforms from Yizhibo to YY Live and Huajiao. However, marketers should be under no illusions—much of China’s live-streaming traffic flows through the highest-ranked live streamers. Live-streamers who are new to the scene have to struggle to build an audience, and as the field grows ever more crowded, the competition for eyeballs only grows fiercer. There are certainly pros and cons of working with the top tier stars of live streaming in China, but in terms of traffic, the gulf between the big names and everyone else is huge.

Finally, brands who rely on copyright protection laws to protect their own IP may be uneasy about associating themselves with live-streamed content that features unauthorised use of copyrighted music, movie and video content, games and more. Unfortunately, copyright infringements are rife when doing live streaming in China. There are examples of intentional copyright violations, but in many cases, the infringement arises from live streamers having inadequate knowledge of the rules around copyright.