If you live in China or spend a lot of time there, you’ll have noticed the increasing prominence of male beauty products. You might have seen ad campaigns featuring male models wearing concealer or eyeliner, or young male commuters wearing full makeup on the metro. This barely scratches the surface of a trend that’s taking the beauty industry in China by storm. Fire up any of China’s video sharing and live streaming platforms and you can find male beauty influencers reviewing beauty products, guiding followers through makeup tutorials and undergoing dramatic makeovers.

Most experts agree that the trend got its start with Li Jiaqi (Austin Li), China’s “lipstick brother”. Austin came onto the scene towards the end of 2017, not long after the likes of James Charles and Manny Mua had blazed a trail for male beauty bloggers in the West. Austin first made a name for himself by testing out almost 400 lipsticks in just two hours on a Taobao livestream. He challenged Jack Ma to a lipstick sales contest for 2018’s Singles’ Day (and won), and hosted a marathon five-hour Taobao Live e-commerce event to hype last year’s Singles’ Day. Austin’s Taobao livestreams and short videos on Douyin have built his credentials among his young audience, and his sales records speak to the trust he inspires in his followers—in one 15-minute livestream, he sold a staggering 15,000 lipsticks. As one of the key male beauty influencers, Austin is a symbol of the growing embrace of male beauty products, but he’s also hugely influential among the “traditional” audiences for cosmetics. According to a study by marketing consultancy iResearch, 81 per-cent of Austin’s followers on Douyin are female. When women are deciding which lipstick to buy, they simply go to Austin Li’s Douyin account for inspiration. He has accumulated approximately 17 million fans and attracts hundreds of thousands of views on each video.

Many industry observers credit the surge of male beauty bloggers in China to Austin’s success. If Austin kicked the doors down, many other stars have followed in his footsteps. Some of the most prominent have emerged from short video and gaming platform Bilibili, include Benny Dong, better known as “Benny Bitch”, Song Yewen, Fang Junping and Wang Yuepeng.

China’s flourishing culture of male beauty influencers would not have been possible without the rise of a generation of “little fresh meat” celebrities. The term refers to a cute young male pop stars with millions of female fans (think the Jonas Brothers of China). One particularly famous member of the cohort, actor Yang Yang, gained the attention of French perfume brand Guerlain when he was shown in a poster with a lipstick kiss mark on his cheek. Guerlain launched a shade for the Chinese market called No. 344 Yang Yang, and Yang Yang’s millions of young, mostly female fans went wild. Guerlain signed Yang Yang up to be their first male spokesperson, and their first Chinese spokesperson, in March 2016.

This set off a wave of “little fresh meat” collaborations for campaigns mostly aimed at young women. Estee Lauder appointed singer Hua Chenyu as its male brand ambassador, featuring Hua in an ad campaign for a line of red lipstick, #310 Mars, in early 2018. One of the most sought-after of this young crop of male stars is singer and actor Luhan. The former member of boy band EXO has worked with Lancome and L’Oreal Paris, among others. Elizabeth Arden teamed up with Lin Xinhui and Huang Jingyu; Lancome named Wang Junkai its makeup and fragrances ambassador and collaborated on a lipstick advertisement; the list goes on. 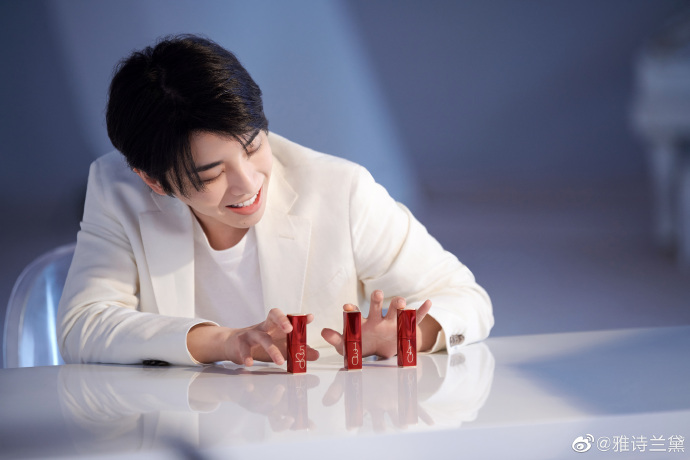 The WeChat official account 娱乐产业 (“Entertainment Industry”, ID Yulechanye) credits these male endorsements aimed at traditionally female products as starting as early as 2014, when Luhan advertised a sheet mask. Before that, most male celebrities would only work with stereotypically masculine skincare and personal care brands. By 2018, the number of female-focused beauty brands with male spokespeople was approximately 44 brands with 53 male celebrities, up from just six brands three years prior. Six more brands had announced male ambassadors as of March of this year.

Although the market for male beauty products is indisputably on the rise, most brands who choose to work with male beauty influencers are still primarily targeting female customers. The reasons are twofold: one, female consumers tend to enthusiastically embrace advice and endorsements offered by favourite male idols. Secondly, the fan economy is such that followers of male pop idols are extremely willing to support their heroes by buying the products they endorse or even sell under their own brands. This sentiment generally trickles down to the KOL community as well.

Overall, post-95s made up nearly a quarter of online beauty consumption in 2016, and that figure has been growing in the triple digits since, according to reports from CBNData. Of course, the influence of these young, male beauty influencers with their more feminine, delicate features has not gone unnoticed by Gen Z men, who are consciously seeking ways to impress their wives or girlfriends. Younger Chinese people are also more assertive about challenging traditional gender roles, and depictions of gender fluidity are now commonplace in Chinese marketing.

According to a 2017 report from Jingdong and Nandu media, the sales gap between men and women dropped from about 26.6 billion RMB to 13.7 billion RMB, with men between ages 18 and 26 driving sales. Data from marketing analytics firm AdMaster showed that in Q1 of 2018, there was a 61 per-cent increase in social media activity relating to male beauty, in comparison with the previous quarter.

Euromonitor predicts that by this year, the annual growth rate of Chinese male cosmetics sales will reach 13.5 per-cent, nearly 8 points higher than the global average. Rising income levels and consumption upgrades are driving this trend, along with the fact that the Chinese workplace has also been changing, with raised expectations and competition in terms of dress and grooming. Indeed, with millions of Gen Zs now graduating every year, there is intense competition just to get into those workplaces. Attaching photos to resumes is still conventional in China, so the pressure to look good begins in college. 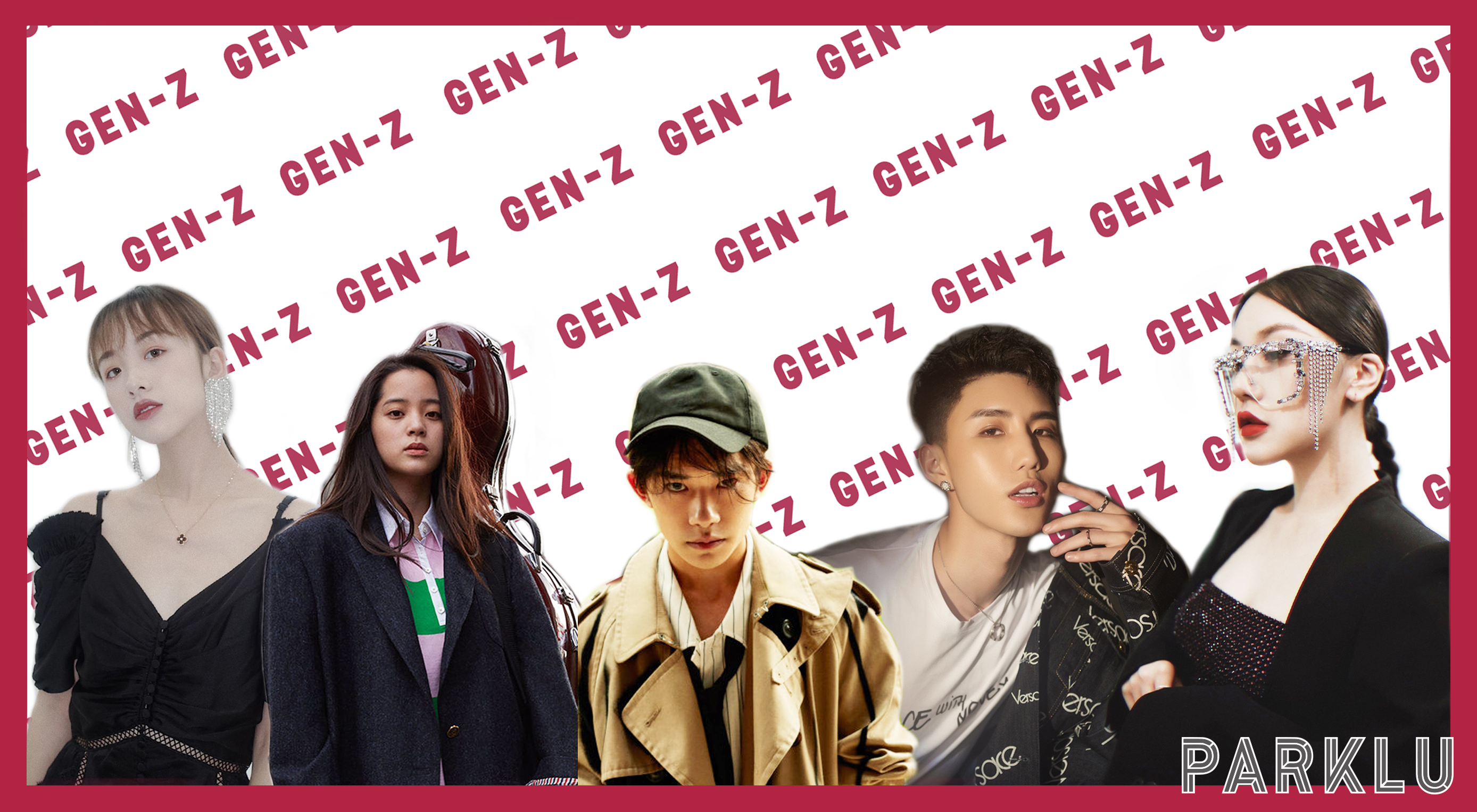 While mainstream men generally go for products like face masks cleansers and eye creams, new product lines are being developed to target these consumers, buoying sales of products like foundation, concealer and eyeliner. Chanel’s Boy de Chanel is on Tmall and WeChat; Tom Ford’s concealer for men is another strong seller on Tmall. And the opportunity for other brands to develop in this space remains: according to a Gartner insight report, Beauty China: Product Innovations, Tmall reported that 91 per-cent of the beauty brands on the platform had fielded questions as to whether their products were suitable for men, while only 45 per-cent of them offer male-specific products.

One caveat for brands to consider: The WeChat public account 零售老板内参 ( “Retail Boss Internal Reference”, ID Islb168) noted that a 2018 “Beauty Social White Paper” report said that men accounted for about one-fifth of the online discussion of makeup, but their intentions also included buying gifts for women.

Finding the right KOL to partner with you on your campaigns will be a matter of who your target audience is, where they spend their time online and what kind of content best aligns with your brand identity and positioning. Don’t be sucked in by follower data—do your due diligence on potential collaborators, watch their content and get a feel for their style. Fortunately, male beauty KOLs aren’t restricting themselves to a single platform or even a single type of content, as we’ll outline below. And remember, PARKLU can assist you throughout the process, bringing our expertise in the KOL market to help you get the most out of your campaigns. 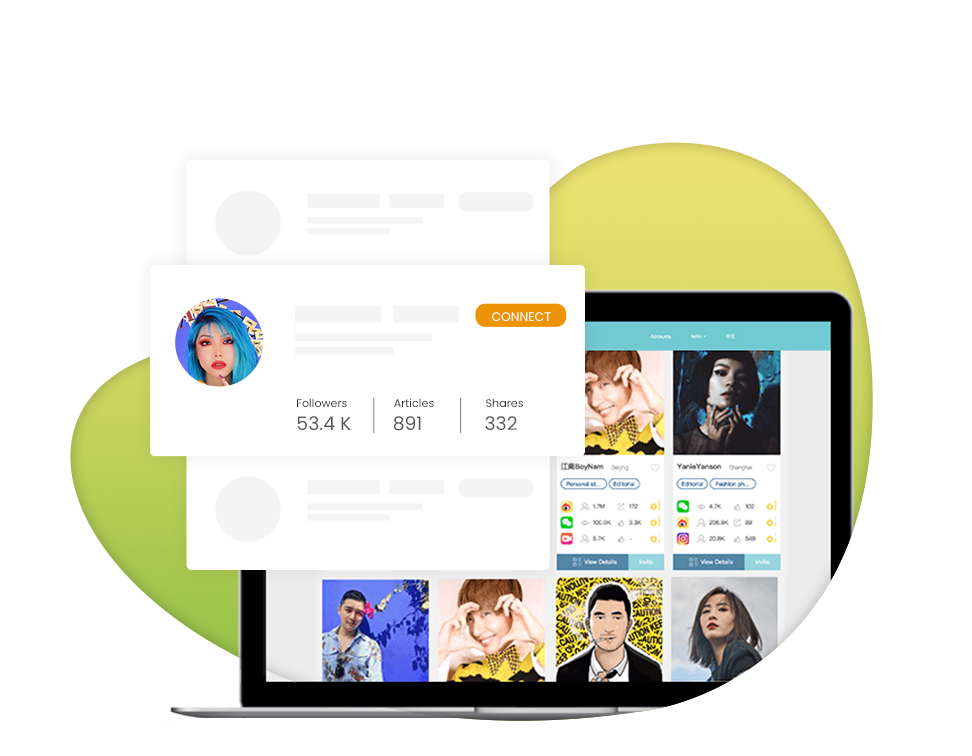 Xiaohongshu is a hotbed for male KOLs, both in beauty and in fashion. According to WeChat official account 零售老板内参 ( “Retail Boss Internal Reference”, ID Islb168), which focuses on consumer news, the platform released data showing male beauty-related content has more than tripled this year compared to last year. Also according to Xiaohongshu, eight times as many men are commenting on topics related to male beauty this year compared to last year.

Though Xiaohongshu’s userbase is predominantly female, a number of stars selling their versions of the ideal male lifestyle are garnering millions of fans. Some of these include Fang Junping (also known as “Junping Big Devil”), who kicked off his vlog on Weibo before taking to Xiaohongshu to help his followers understand what ingredients are in the beauty products they buy. His videos feature product reviews in addition to interviews with industry insiders on the science behind the products. Fang, who currently has over 2.6 million followers on Xiaohongshu, also launched his own line of beauty and skincare products under his Junping brand.

With over a million Xiaohongshu followers, Xiaoye Xingjun is another prominent champion of male beauty. He lives up to his slogan, “both men and women deserve to look good”,  with heartfelt, sincere videos dropping wisdom on skincare, watches, and styling. His videos are accessible and easy to digest, thanks to a light, down-to-earth style and upbeat background music. 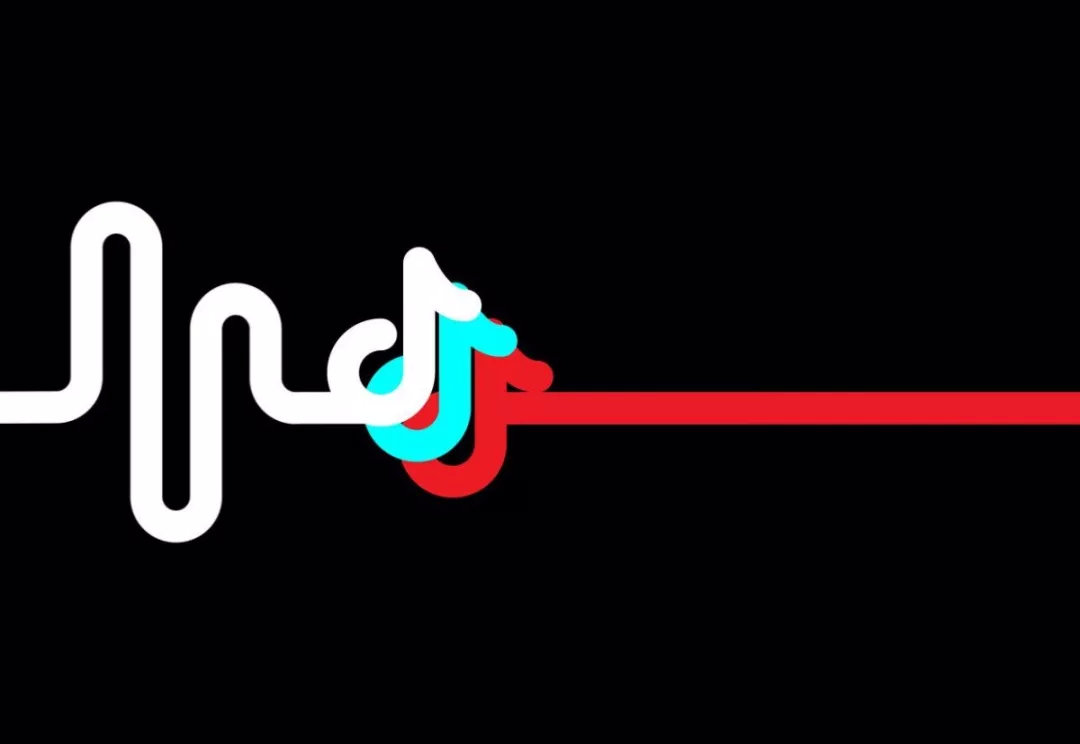 Douyin’s short video format makes it an ideal platform for these rapid-fire makeover videos featuring male beauty influencers that have been a huge hit recently. These videos take the Queer Eye concept and apply it with added urgency, showing how young men can be transformed from bookish, nerdy types into handsome guys with model looks—all by applying a range of beauty products in a series of simple steps. Another popular content format on Douyin sees KOLs with cosmetics research backgrounds (such as Daddylab and Dr Dazhui) dissect the ingredients of beauty products. Others create more dramatic content, with storylines, conflicts and high emotions to keep viewers watching.

Of course, live broadcasts are where much of the energy is being generated in the area of male beauty. In addition to the blockbuster events of the sort Li Jiaqi has worked on with Jack Ma and Taobao, stars like Wang Zulan, Liu Yan and Nicholas Tse on Kuaishou and Taobao Live have also built dedicated followings and shown their ability to drive sales through their charismatic live streaming presence.