Create campaign brief according to your needs. You can directly chat with the influencers who have applied to your campaign.

Pay for the campaigns Influencers will start to create draft or post when campaign starts. 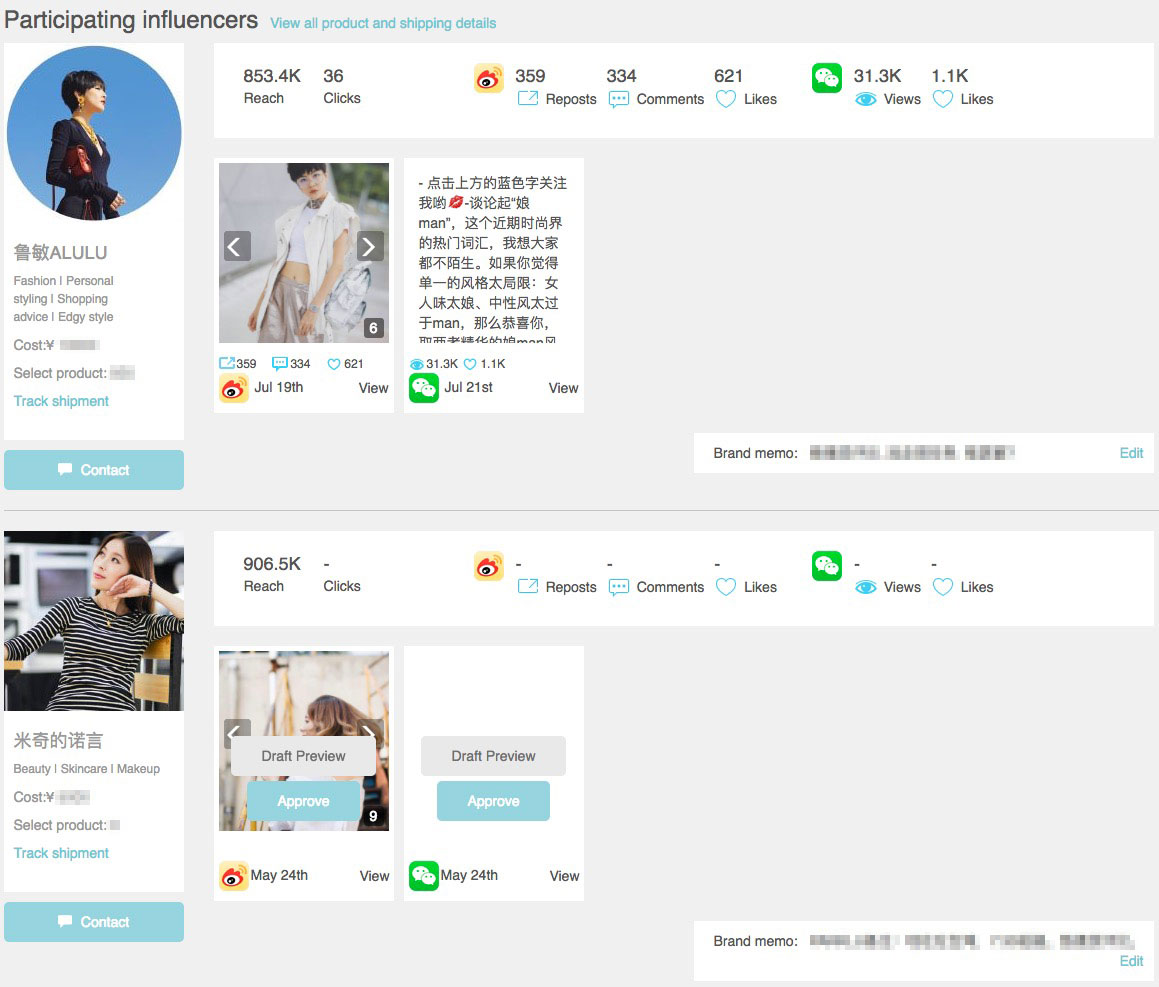 When a campaign starts, influencers will create drafts and submit for your approval. You can directly chat with influencers to track draft progress and give your advice for the update.

When you give the green light to the draft, influencers will publish the post at the scheduled time. And the engagement data will show in the chart in campaign detail page. From the start to the end of your campaign, PARKLU will track posts of influencers in every detail, and display in the chart in campaign detail page.