Chinese social media is at a crossroads. WeChat and Weibo have long set the standard for integrating communication, social engagement, brand promotion, and e-commerce. As video has grown in importance, Douyin and iQiyi have also flourished. While these broad-based platforms will remain the social spaces where China marketers can partner with KOLs to reach an epic volume of consumers, the future also lies in segmentation. The last few years have marked the arrival of social media platforms dedicated to serving the interests of a specific niche, and this trend is just getting started.

Within each of these niches, expect a distinct cohort of KOLs to step up, ready to mold and define the tastes of a highly targeted, passionate user base. Brands that take the time to study who these users are and understand the user intentionality for each app will be significantly closer to a successful marketing campaign.

Here are just five of the Chinese lifestyle apps you should be looking out for as Chinese social media takes it to the next level.

Launched by question-and-answer site Zhihu in February 2019, Chao has been billed as “Xiaohongshu for men.” Chao features a similar photo-led interface to Xiaohongshu, and users engage in a similar way, sharing product recommendations and reviews and endorsing posts by other users. Unsurprisingly, the products are more reminiscent of an issue of GQ than of Vogue: masculine watches, sneakers, consumer electronics, and men’s clothing take center stage on Chao. Content is organized into a number of channels, including tech, food and more.

Chao is still in its infancy, and it remains to be seen whether it will cross the chasm. There’s presently no integration between Chao’s reviews and e-commerce platforms where users could buy a recommended product. However, it seems likely that KOLs seeking to establish authority and carve out earning opportunities on a new platform will take to using Chao. For China marketers whose brands and products are targeted at male consumers, Chao is certainly well worth paying attention to right now. Last year, Meitu reinvented itself as a photo-social platform. After launching the social network into the existing photo editing app, Meitu became China’s third-largest social network with 455 million monthly active users. With females between 18 and 30 years of age making up 81% of its user base this is an app to be reckoned with but remains on the peripheral of most China marketers.

Meitu feels more like Instagram than any other platform in China. Users can upload photos and videos and use hashtags to join related topics. Engagement is rich but honestly not as engrossing as Xiaohongshu. But, the app doesn’t seem to be suffering all of the issues that Xiaohongshu has been facing the last several months. In many ways, Meitu’s users feel more “authentic” than Xiaohongshu’s, this is due to the limited number of bot accounts that plague Meitu ecosystem. Actually, if Meitu was on the ball, they would blitz now targeting XHS disenfranchised KOL community and leery user base. The app is already used by some of China’s most recognized KOLs like lipstick coinsure Austin.

This Chinese social media platform is a spinoff from media giant Yoho!, the publisher and events platform that played a key role in defining and popularizing street style in China. Mars’ user base is a lucrative, appealing target for China marketers: young, fashionable and forward-thinking people who live in urban areas and travel widely, as well as those who aspire to that lifestyle.

From the Mars homepage, users can choose the city they want to explore. The app currently offers in-depth coverage on 20 Chinese and global cities, with a further eight locations represented by “mini-guides” and over 50 new cities in the pipeline. Apart from the top tier cities, growing markets like Hangzhou, Chongqing, Changsha, and Wuhan are featured, giving China marketers a channel to reach fashionable young people spending time outside Beijing, Shanghai, Guangzhou, and Shenzhen.

Mars’ content combines editorial elements as well as user-generated recommendations, with the focus on things to do and places to go in major cities around the world. Users can add posts with reviews, tips, and photos, leaving comments and likes as well as writing their own contributions. For each city, there’s a “discover” section including the top upcoming events, restaurants, shops, cafes, nightlife destinations, museums, galleries and beauty treatments. Listings can be filtered in various ways: by district, distance from the user, best rated, newest and price, for example. On city homepages and the latest news section, users can browse a feed of user-generated posts. Venues can create their own pages, posts and event listings, though the platform isn’t particularly geared towards e-commerce at present.

The “discover” section also features rankings of “life players” identifying the most active and engaged users. Once a verified user is also singled out prominently on each city’s homepage as a local expert. Although follower numbers for even these users don’t compare to the big Chinese social media services, there’s a lively degree of engagement, and brands aiming for the trendier end of China’s travel crazed youth should keep one eye on what’s going on with Mars.

The Chinese market for wellness products, services and experiences is enormous, and some of the most enthusiastic consumers in that niche use Keep. In August 2017, the platform claimed to be the first Chinese fitness app to achieve 100 million registered users, and its combination of video workouts and social features continues to entice young people who are short on time but eager to get in shape. Demographically, Keep users are overwhelmingly from the millennial and Gen Z generations—77 percent of the membership is younger than 35, according to a TechNode report.

Keep’s core offering is its library of video courses that users can access conveniently to fit a workout into a busy day. However, the app’s power comes from its supplementary features: users can track their progress, both personally and by comparing their achievements with friends. The ability to share photos and videos not just on Keep, but also to WeChat and Weibo, ensures users can claim maximum bragging rights when they hit a new milestone in their training.

The company has also developed an offline component to its business, selling training equipment and opening a Beijing gym where users can take their friendly rivalry to another level. 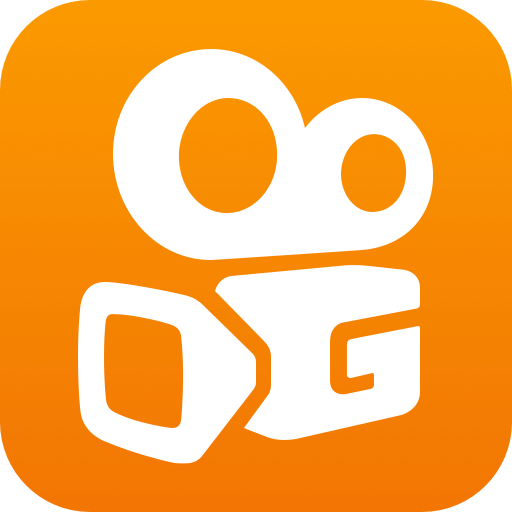 Founded back in 2011, Chinese social media Kuaishou started as an app for making GIFs but quickly transitioned towards being a video platform. Backed with funding from Tencent and Baidu, among others, with ambitions to reach a $25 billion valuation, the app has since emerged as one of China’s most popular livestreaming and short video-sharing platforms. As of December 2018, analytics firm QuestMobile counted Kuaishou as having 285 million monthly active users, with over 700 million registered users.

Kuaishou and its users stand out in several respects. Research carried out by QuestMobile in February 2018 suggests the app had deeper penetration in lower-tier cities, with 62 percent of users outside the tier 1 and 2 cities, compared to Douyin’s 55 percent. The same survey suggested Kuaishou users are also more deeply engaged than Douyin users, opening the app eight times and spending a total of 63 minutes using Kuaishou daily on average, compared to five times and 48 minutes per day for Douyin users.

With its 57-second limit on video length, Kuaishou lends itself to easily digestible content, and users will browse through video after video seeking entertainment and information. Kuaishou has been hailed as giving voice to the working class, offering a window into the lives of millions of Chinese people in rural areas and smaller cities. This presents a challenge for China marketers: How can China marketers leverage an app that initially gained popularity because of its freeform, almost punk ethic in defiance of commercialized, influencer-dominated social media platforms?

A Video from Kuaishou

Although a number of high-profile hoaxes and the flourishing of lowbrow prank culture on the platform have attracted negative coverage—and a crackdown from the authorities—Kuaishou’s association with a more “authentic” China is feeding back into the app’s growth, attracting the attention of middle-class consumers in top-tier cities. China marketers should familiarize themselves with the ways that Kuaishou content is tonally different from that on other platforms—see trends like “social shake” and the wave of videos featuring breakdancing construction workers and rural villagers.

Kuaishou may also encourage the emergence of more working-class, grassroots KOLs. One relatively recent development should be of particular interest to China marketers exploring opportunities to partner with Kuaishou users with large followings. Kuaishou’s “little shop” feature, launched in summer 2018, lets users link directly to products featured in their videos and live streams. And with so much of China’s growth now happening outside the major tier 1 cities, brands need to keep an eye on what’s happening on Kuaishou.